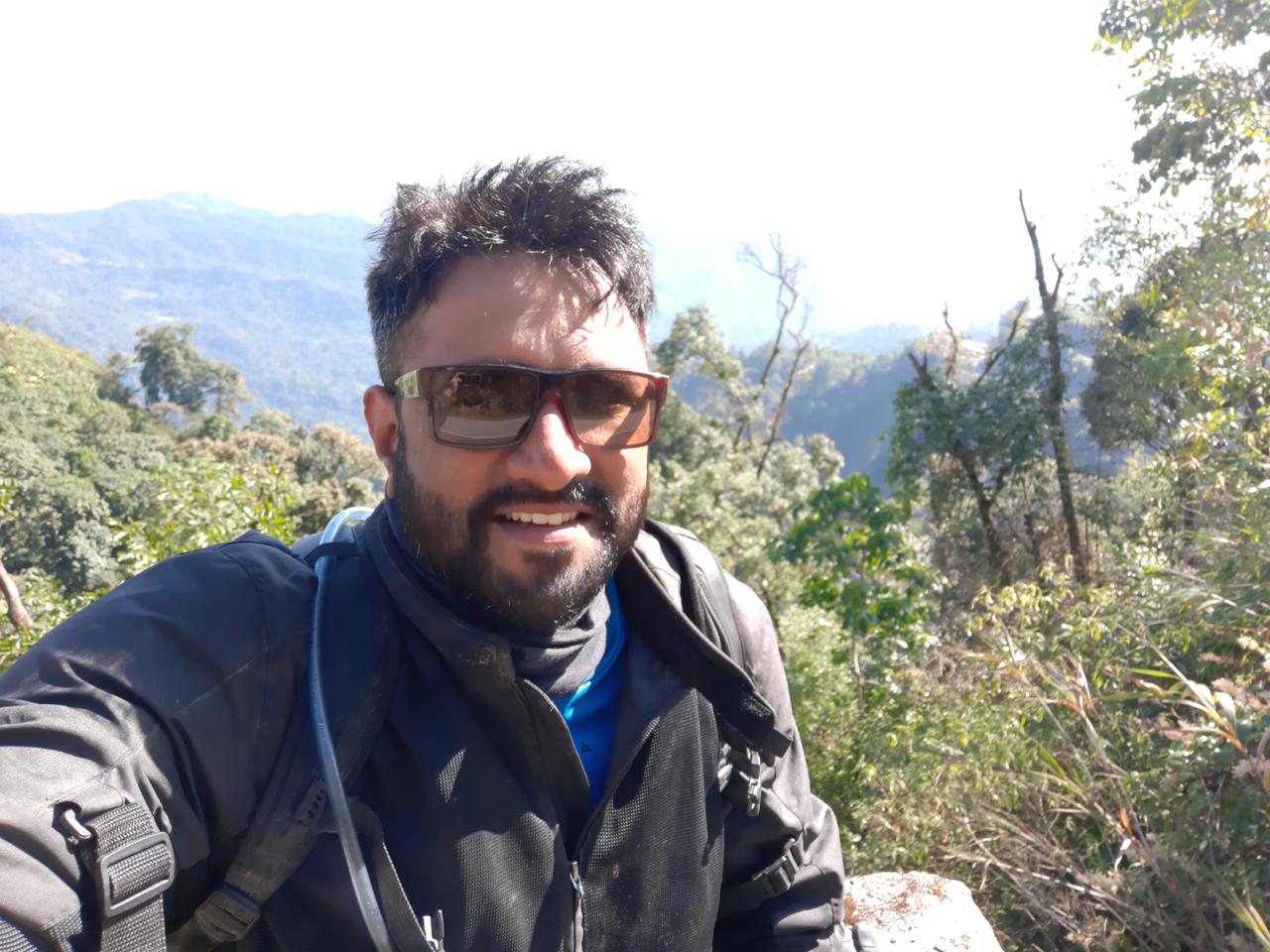 a month ago
5 min reading
0 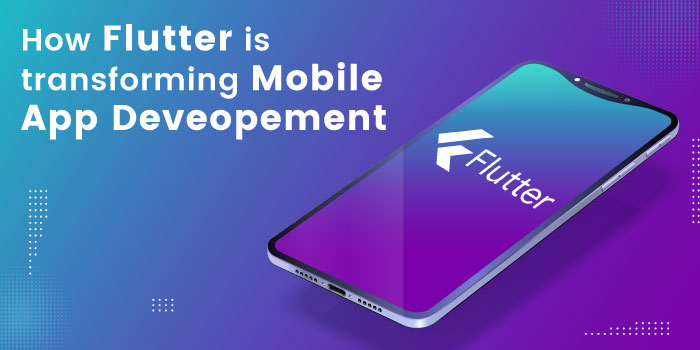 In today's world, where application development is a market of over $12.2 billion, Flutter, launched in 2017 by Google, has already made its mark in the three brief years it has remained in operation. Fast, fluid, and flexible, Flutter is Google's SDK to craft appealing and seamless user experiences across platforms from a single codebase.

While developing your mobile application, I am sure the decision on which framework to select must be intimidating for you. To get you to learn why Flutter is a great choice, I share my insight in developing apps with Flutter for the last two years. Well, I have been developing apps with React Native and other popular frameworks like Ionic, Xamarin etc. And here are the reasons why Flutter can be the best choice for your next mobile app.

With its productive, extensible, and open development models, Flutter helps create truly intuitive apps to edge the competition. In Flutter, everything is a widget. Everything means everything from containers to rows to columns to stacks. As an application developer, I find the list of builders, list styles, slivers, super sleek animation, and interactions exciting and seamlessly simple.

Flutter developers have access to several GitHub communities to resolve bottlenecks. Being an open community structure, the developers can directly raise tickets on GitHub and receive suggestions from Flutter developers worldwide, which helps them resolve their issues faster and results in higher productivity. This subsequently translates into massive cost savings and less app development time, making Flutter the framework of choice for enterprise monoliths and start-ups alike.

For an overview of how favored Flutter is, here is a list of popular apps developed in the Flutter SDK: Xianyu for Alibaba, Hamilton App for broadway musical, Google Ads app, Reflectly, JD Finance, Topline App - Abbey Road Studios.

All development endeavors are directly proportional to cost and profitability, and Flutter serves both these purposes with flexible development and ease of execution embedded in its coding methodology.

So what makes Flutter such an enticing option for app development? Join me as I delve deep into the finer nuances of why Flutter is such a popular framework for Mobile App development.

8 reasons why Flutter is leading in app development

While working on Flutter, designers and programmers can write code once and then use the same code with only minor alterations to develop Android and iOS applications. This reduces coding time. Flutter sports simplistic coding, which reduces cross-platform testing times, subsequently translating into further cost savings.

The Hot Reload feature supported by Flutter proves to be a massive time-saver for programmers. With the hot reload feature, developers can see the output of their code in real-time and improve application performance in terms of execution. Even as the application size increases, developers can still make effective use of the hot reload feature by utilizing Flutter's dependency management system, Pub. Pub is a package manager that possesses libraries that are reusable and inbuilt Dart programming packages. As a result, the need for writing redundant code is minimized, which means greater efficiency.

The Flutter mobile app development kits come pre-fitted with a detailed library of SDK widgets and even support custom widgets. Widgets play an integral role in the creation and declaration of the application's user interface. Developers working on Flutter can also easily customize applications complete with a smooth-flowing user interface that evokes a lasting and engaging experience.

Given the comparatively small amount of time commonly utilized while developing an application in Flutter, working on the framework will be tremendously efficient. Quicker structuring and development means that the application will arrive faster at the market, proving to be more fruitful for the commissioning enterprise. Flutter ensures a clear comprehension of client response and reaction towards the application. With Flutter 1.0 development, developers can re-use up to 95% of its code, simplifying the gadget library. Flutter takes a measly 25 seconds to refresh application changes on the principle screen, making the entire development process time-efficient.

Open-Source - A community You Need.

Flutter is an open-source and free platform. Along with coding capabilities, It offers numerous outsider bundles such as ads, recordings, cloud capabilities, etc. At no additional cost. It is a different motivator for enterprises looking to reap adaptability benefits in mobile apps.

Utilization of Resources - Just one developer for multiple OS.

Flutter is capable of flawlessly creating applications compatible with both Android and iOS. This factor adds greatly to the SDK's intuitiveness. With Flutter, enterprises can hire just one Flutter developer instead of a designated developer for each OS. This is highly favorable to investments of time, money, and effort.

By combining different gadgets within Flutter, developers can create a complex UI that appears identical to various other frameworks. Sporting a massive library of helpful paths that can be efficiently executed with the activity support feature of Flutter, the framework ensures that your application will look seamless and function smoothly. What's more, all that you can see on your screen is open to customization within Flutter.

Apart from the UI, an application will not be termed as 'fully functional' if it does not support OS-level features such as GPS locations, Bluetooth correspondence, sensor information, consent, accreditations, etc. With Flutter, all of these are accessible through a ready to be utilized module from Google. On the off chance that your application is forced to depend on an element that isn't available in module form, Flutter provides a solution. Flutter supports an easy to use a process to build up a correspondence between dart and platform local code through its channels.

Even though Flutter is younger than React Native, there are no cons of the SDK when comparison arises. Weighing the pros of Flutter, its hot-reload function helps in real-time visibility of output, making it very simple and effortless to work on.

UI with Flutter is better than the app's UI using React Native as Flutter UI is built out of different widgets for the Android and iOS App. It also has fantastic animation options. I like the block pattern for sharing code between web and mobile; it's nicely-created.

Both frameworks have intrinsic advantages, although, in a head-to-head duel, Flutter would gain an advantage even though React native remains a solid alternative.

Coming from a React Native background, I find the Widgets, Stack Management, Object-Oriented Programming (which I used to find most complex earlier) attractive. React Native is used so much in the industry and has a strong community, but I do see a widening scope using Flutter. The speed of development, the out-of-the-box features, 90% custom ability, and above all, it is developed by Google hoping for more exciting features as Google likes to kill things.

To summarize what I have mentioned earlier, here are the benefits of leveraging Flutter for mobile app development and why it has gained such immense popularity-